RAAF A17-4.  The Tiger Moth first flew in 1931 and was one of a long line of successful De Havilland bi-planes. It was the basic trainer for the British Commonwealth Air Forces in World War II and as war surplus, they were used by aero clubs for flying training for many years afterwards. There are still many examples flying around the world today.

This aircraft was built in Australia in 1939 for the RAAF and served with 22 Squadron and No’s 2 and 5 Elementary Flying Training Schools where it survived a few mishaps. After the war it was sold to the Royal Aero Club of South Australia for 100 pounds.

Stan (Bones) Phillips bought and restored the aircraft in 1981 and flew it around Darwin for many years. In 1998 the aircraft, which is still in airworthy condition, was purchased by the Aviation Historical Society, through a Grant provided by the Northern Territory Government, for display at the Aviation Heritage Centre.

Tiger Moth De Havilland DH-822017-04-202017-04-20https://www.darwinaviationmuseum.com.au/wp-content/uploads/dam_logo_web.jpgDarwin Aviation Museumhttps://www.darwinaviationmuseum.com.au/wp-content/uploads/tiger-moth-de-havilland-donated-by-nt-government-1999-hk-e1385434646905.jpg200px200px
Categories
About Us
The Darwin Aviation Museum is an accredited tourism attraction with award winning displays. With 19 aircraft, 21 engines, 38 major displays including relics of crashed aircraft it depicts the aviation history of the Northern Territory.
Contact Us 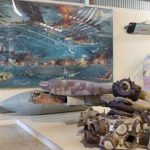 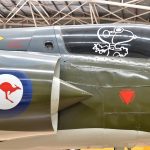