This twin turboprop utility transport was one of Japan‘s most successful post war aircraft types with over 800 examples being built. It first flew in 1963 and was powered by 2 Garrett Research turboprop engines developing 430Kw (575 shp) each. With a maximum takeoff weight of 4050 kg it could cruise at 500 km/h and had a range of 1930 km with reserves. Unfortunately the MU-2 was prone to failure when on autopilot in icy conditions. Mitsubishi established a production facility in the USA at San Angelo, Texas in 1967 and MU-2 aircraft were built there until the line finally closed in 1986. This aircraft was painted in Queensland with murals on each side at a reputed cost of over $40,000. It was flown to Darwin and later traded to Robert Amman, who proposed to use it as part of his Coast Watch fleet. After his company was declared bankrupt the MU-2 was donated to the Aviation Historical Society.

Mitsubishi MU-2VH-NYM (VH-NYM 1963)2017-04-182017-04-20https://www.darwinaviationmuseum.com.au/wp-content/uploads/dam_logo_web.jpgDarwin Aviation Museumhttps://www.darwinaviationmuseum.com.au/wp-content/uploads/mitsubishi-mu2-acquired-from-amann-aviation-hk-e1385449695429.jpg200px200px
Categories
About Us
The Darwin Aviation Museum is an accredited tourism attraction with award winning displays. With 19 aircraft, 21 engines, 38 major displays including relics of crashed aircraft it depicts the aviation history of the Northern Territory.
Contact Us 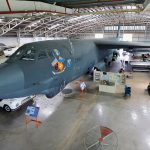 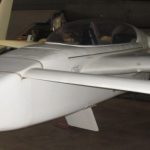