See the remnants of the Mitsubishi Zero, and learn its fascinating history. When it was gunned down during the first bombing of Darwin in 1942, the Japanese pilot survived, but was taken to Cowra as a prisoner of war. He eventually died during the infamous POW breakout there in 1944. His aircraft had also been part of the attack on Pearl Harbor.

Read more about the Mitsubishi Zero, how it got to Darwin and it’s history here.

Crashed Aircraft Zero2017-04-102017-04-20https://www.darwinaviationmuseum.com.au/wp-content/uploads/dam_logo_web.jpgDarwin Aviation Museumhttps://www.darwinaviationmuseum.com.au/wp-content/uploads/mitsubishi-zero-crashed.jpg200px200px
Categories
About Us
The Darwin Aviation Museum is an accredited tourism attraction with award winning displays. With 19 aircraft, 21 engines, 38 major displays including relics of crashed aircraft it depicts the aviation history of the Northern Territory.
Contact Us 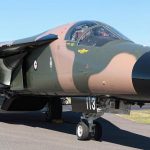 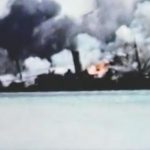