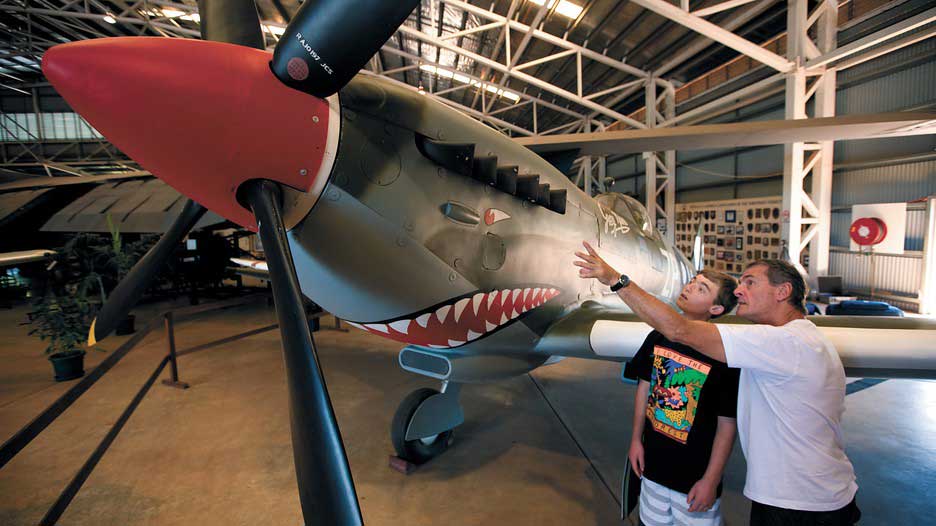 THAT DARWIN WAS BOMBED MORE THAN PEARL HARBOUR DURING THE AIR RAID.
There were more aircraft used and more tonnage of bombs dropped.

On 19 February 1942, 188 Japanese planes bombed Darwin in two air raids. One Japanese plane crash-landed on Melville Island to Darwin’s north, and its pilot was captured by a local Aboriginal man. You can see the plane at the museum.

The Aviation Museum is a must on the ‘Things To Do List’ in Darwin. Interesting stories about Darwin’s aviation history and wartime experience with 19 aircraft including a B52 bomber, 21 engines and a rare amateur footage of the first air-raid in Darwin on display.

There are no upcoming events to display at this time.

January 2021 Jan 2021
Subscribe
About Us
The Darwin Aviation Museum is an accredited tourism attraction with award winning displays. With 19 aircraft, 21 engines, 38 major displays including relics of crashed aircraft it depicts the aviation history of the Northern Territory.
Contact Us